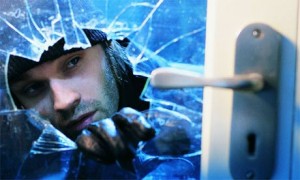 Prompted by an anonymous tip, presumably from the burglar, police found three videotapes of sexual abuse against children aged about 10.
The tapes had been placed beneath a brown car parked in the south-central  city of Jaén, along with a note giving them the address of the suspect, police said in a statement.
“I have had the misfortune to have these tapes fall into my hands and feel  obliged to submit them so you can do your work and put this … in jail for life,” the anonymous note read.
The alleged aggressor was identified from the content of the videotapes and  arrested after a search of his home and the indoor football club where he  worked, police said.
Officers said they had so far traced four victims, including a 16-year-old  boy who had been abused since he was 10.
The suspect had reported a burglary at his home nine days earlier, listing  several appliances as stolen but making no mention of his missing video camera  and tapes, police said.
YES this story is actually true – the original story can be found here on The Local