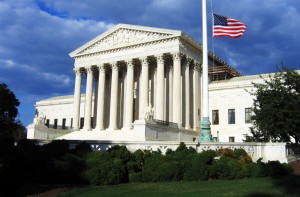 The Supreme Court has just ruled this morning in favor of homosexual marriage. The historic ruling declares that same-sex couples now have the ability to marry nationwide, no matter how individual states feel about the definition of marriage.

Same sex couples currently have the ability to marry in 36 states and in Washington DC, but this morning’s 5-4 ruling, the Supreme Court held that the 14th Amendment requires all states to issue marriage licenses for same-sex couples and to recognize such unions performed in other states.

The ruling means the remaining 14 states that did not allow such unions, in the South and Midwest, will be forced to issue marriage certificates to homosexual partners and recognize the certificates issued from other states.

Today’s outcome comes as the culmination of over two decades of Supreme Court litigation over the definition of marriage and family structure.