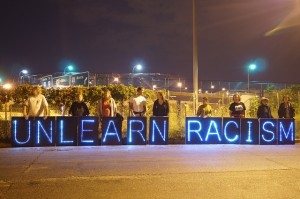 An overflow crowd gathered this week in Milwaukee at the Clinton Rose Senior Center to discuss what could be done about Milwaukee being #1 in residential segregation, #1 in black poverty, and #1 in the racial gap in student test scores in America.

Two of the major issues that were addressed were reasons for the disparities, and implicit biases. Are the disparities caused by lack of personal responsibility, racism or both? Is there an abnormally high level of subconscious beliefs about race in Milwaukee? One study showed that 50% of whites felt discrimination against their race was as big a problem as racism against blacks. Another showed that 14 million whites and 2.6 million blacks admitted using drugs, but 10 times more blacks were sent to prison for drug offenses.

During the meeting, Mayor Tom Barrett commented, “I’m embarrassed to be the mayor of this city when I see some of these horrific figures. I do not deny that we have some serious racial issues here. But we have to recognize that we have people in positions of authority who recognize what’s going on here.”

Some of the most shocking comments by the audience included, “The modern day slave trade!” and”White supremacy in legislation!”

Milwaukee County’s chief judge, Jeffrey Kremer noted that improvements have been made, with the number of African-Americans sent to prison for drug crimes in Milwaukee County dropping by some 50% since 2007. He credited both the police department and the district attorney’s office for the decline.

State Sen. Lena Taylor, from the audience, said the time for talk is over and the city’s leaders need to take immediate action.