Piotr Naskrecki was taking a late-night walk deep in the rainforest of Guyana, when suddenly he heard a small clicking sound, like that of miniature horse hooves.

“When I turned on the light, I couldn’t quite understand what I was seeing,” remarked Naskrecki, an entomologist and photographer at Harvard University’s Museum of Comparative Zoology.

What he discovered is now officially the world’s largest spider, according to Guinness World Records. It’s leg span was about the size of “a child’s forearm,” with a body the size of “a large fist,”, and a weight of over 6 oz. – about as much as a young puppy, as described on his blog; 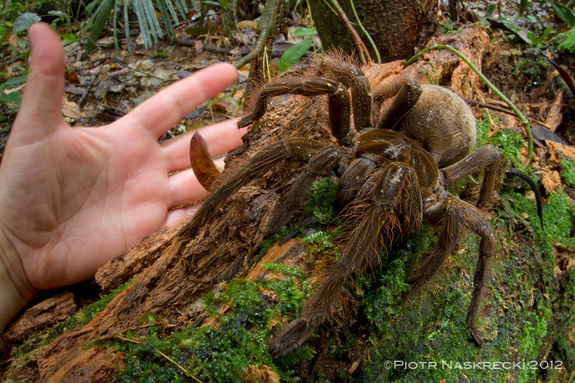 It is now officially called the South American Goliath birdeater (Theraphosa blondi). Some have remarked that the giant huntsman spider, with its larger leg span, is still technically bigger than this birdeater. But the huntsman is much more delicate than the hefty birdeater, Naskrecki remarked that comparing the two would be “like comparing a giraffe to an elephant.” 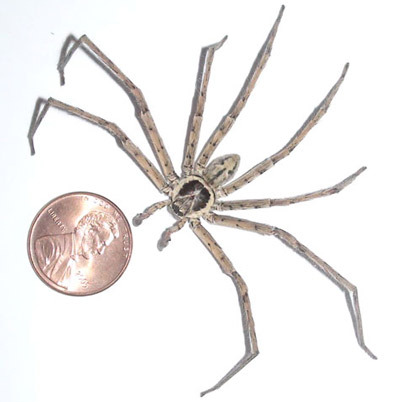 The birdeater’s sheer size and overall heft is very clear from the sounds it makes. “Its feet have hardened tips and claws that produce a very distinct, clicking sound, not unlike that of a horse’s hooves hitting the ground,” he remarked on his blog, but “not as loud.”

When he initially came near the giant creature in the jungle, he recalled that it rubbed its hind legs against its abdomen. He initially thought the behavior was “cute,”, then quickly realized the spider was sending out a cloud of hairs with microscopic barbs on them. When these hairs get in the eyes or other mucous membranes, they are “extremely painful and itchy,” and can stay there for days. 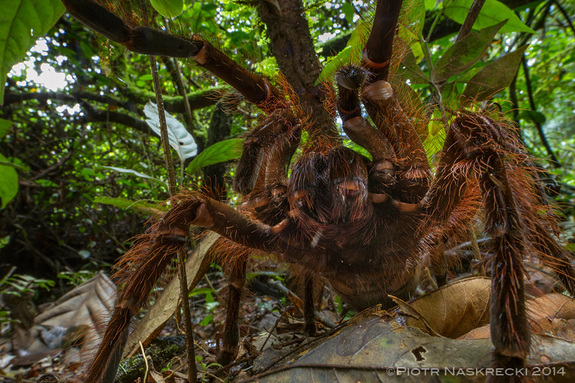 The giant birdeater also comes equipped with a set of 2-inch-long fangs – which is very venomous.

And the eight-legged beast has a third defense mechanism up its hairy sleeve. The hairs on the front of the spider’s body have tiny hooks and barbs that make a hissing sound when they rub against each other, “sort of like pulling Velcro apart,” Naskrecki remarked. 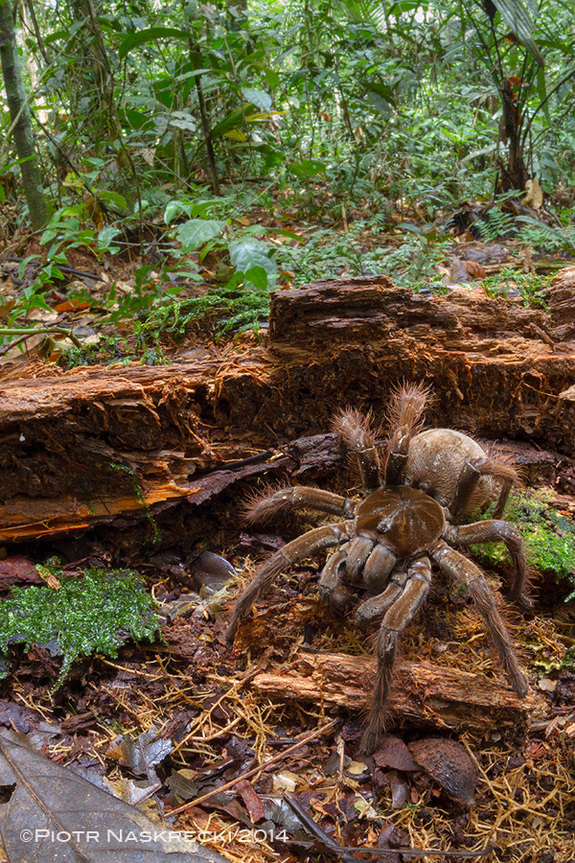