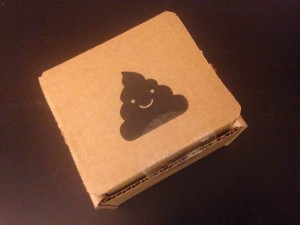 The company that makes Cards Against Humanity recently offered the internet a box of actual poop from a real bull for only $6 – but many people highly doubted that it was actual poop.

CAH’s Facebook page stated, “to help you experience the ultimate savings on Cards Against Humanity, we’ve removed the game from our store, making it impossible to purchase. Instead, we’re offering a once-in-a-lifetime opportunity to buy some new bullshit.”

People were given the opportunity to buy one box for $6 – the outside was labeled ‘Bullshit.’, the inside said, “literal feces from an actual bull.” It was suggested the feces could be used to fertilize a garden, decorate a “festive tree,” or “surprised a loved one with the gift of poop.”

Many commenters on the Facebook post seemed to believe that ordering the box would result in receiving something other than poop, like perhaps new game cards. According to FAQ—or as CAH calls it, ‘your dumb questions’—people who ordered the special were just getting poop. Another question posed was, “Is it also something that is not poop?” to which the answer was no. They responded, it is actual poop, but most people still wouldn’t believe it unless they ordered it.

To the response of many doubters, creator Max Temkin tweeted this:

If you buy the poop expecting it to be something else that’s not poop, you’re actually buying a valuable life lesson for $6.

Although CAH may have mailed the most people at once during this past Christmas, IPoopYou has been doing it all year ’round for years, according to the BoldItalic.