“You should have no concerns about Ebola at all. None. I promise,” reported Fox News’ Shepard Smith as he carefully and meticulously detailed the facts of the current Ebola hysteria around America. He also remarked, “Do not listen to the hysterical voices on the radio and the television or read the fear-provoking words online. The people who say and write hysterical things are being very irresponsible.” 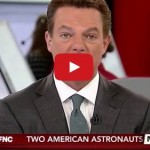 He did acknowledge that Ebola is a serious problem in several countries throughout West Africa, and for the current victims in Texas, but he desperately called to the reporters and media outlets to stop fear-mongering regarding unsubstantiated Ebola claims in America. He emphatically stated, “I report to you with certainty this afternoon that being afraid at all is the wrong thing to do.”

What are your thoughts on how the media is currently handling the stories on Ebola?