In a surprise press conference at The Villages today, Governor DeSantis made a shocking announcement regarding Disney’s 40 square mile land empire in the middle of the state, an announcement that has sent Disney’s stock into a freefall (it’s already down -5.02% in aftermarket trading). 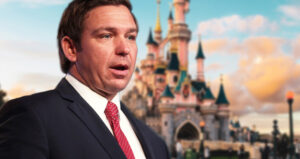 DeSantis threatened Disney with removing their ‘special status’ that was given to them in 1967 to allow them to issue government bonds and other municipal functions, essentially acting as a private state within the United States.

The dissolution of Disney’s “special district” will kill Disney’s ability to borrow in the $4 trillion state and local debt market (they currently have roughly $1 billion of municipal bonds currently outstanding, according to data compiled by Bloomberg).

Florida Gov. Ron DeSantis asked the Legislature to repeal a law allowing Walt Disney World to operate a private government over its properties in the state. It’s the latest salvo in a feud between the Republican and the media giant. https://t.co/gT2narqk5D

What do you think about the decision? 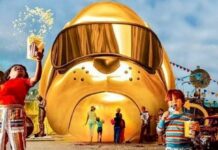