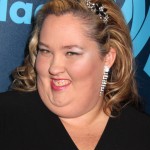 The celebrity gosip organization TMZ has just claimed that TLC has canceled the “Here Comes Honey Boo Boo” series due to the fact that June “Mama June” Shannon has just started dating a registered sex offender.

Shannon claims that she is not dating Mark Anthony McDaniel, a man who served 10 years in prison after being convicted of aggravated child molestation, but she did confirm that “as of right now, there will be no more production of the show.”

The real reason the show has been canceled goes much, much deeper;

Speculation that “Here Comes Honey Boo Boo” was headed for cancellation began Thursday, when some outlets reported that the show’s future was in jeopardy because of Shannon’s alleged relationship with McDaniel.

But there were several other major reasons for the cancellation, including, money laundering, tax evasion, and even a possible confidentiality clause breaking.

Since most of the attention was focused around the relationship, however, Shannon commented, “I want to make a post trying to clear up the rumors, remember you can’t believe everything you read! (People) sell stories to the tabloid everyday that r false! It isnt true i promise my kids r #1 priority over anything else and I would never put them in danger period over this or anything else they r my life this is my past I left him 10 yrs ago for it and I wouldn’t go back.”

TLC began “Here Comes Honey Boo Boo” in August 2012 as a spinoff of its child pageant reality show, “Toddlers & Tiaras.” Alana Thompson was one of “Tiaras’ ” breakout stars, and “Honey Boo Boo” was launched to follow the spunky kid and her family at their Georgia home.

The series, which also starred Alana Thompson’s three older sisters and her dad, Mike “Sugar Bear” Thompson, averaged 2.4 million viewers an episode in its first season, establishing itself as a reality TV hit. The show’s fourth season wrapped up in August with 1.8 million viewers.

Rumors about the show’s future were already floating in September, after Shannon’s separation from partner “Sugar Bear” Thompson.

But there were several other major reasons for the cancellation, including, money laundering, tax evasion, and even a possible confidentiality clause breaking.

In spite of her many issues, Shannon is now focused on gratitude.

“We just want to thank from the bottom of our hearts the support that we’ve had from our fans since May 2012,” she said in a separate Facebook post set up to answer questions from fans. “This experience has been awesome to us. … Me and Sugar (Bear) really have broken up, but we are friends. We’re better off friends than we were a couple. Things happen for a reason in life, and you live and learn.”