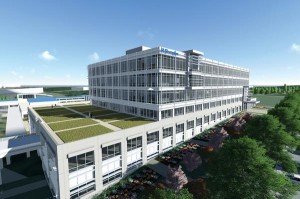 Once completed, it will increase it’s total employee count to over 1,600, about 600 more than they currently employee in the greater Charlotte region.

The structure will also allow the Swedish appliance company to bring all its Charlotte employees together.

The building will be six stories tall, with a total of 375,000 square feet. It’s scheduled to be complete in 2016, at which time a research and development center in north Charlotte will be consolidated into the two buildings in University Research Park.

Electrolux moved its major appliances unit for the United States to Charlotte in 2010 from Augusta, Ga., and has been a major economic driver for the Charlotte region ever since.