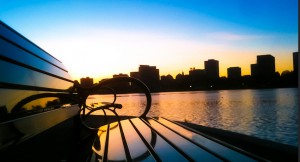 Oakland’s unemployment rate just fell under 8% for the first time since America’s recent economic crisis of ’07-’08. The city also saw one of the strongest economic improvement for the entire bay area the Bay Area in 2014.

The city that was once considered one of the most dangerous and undesirable of the bay area has been huge strides in job creation, real estate development, and tourist attraction.

According to the City of Oakland’s latest financial report, we saw over 4,500 new jobs created in 2014, as well as a 5% growth in new business licences, and a 16% increase in single family home prices.

“There is really a good feeling in Oakland right now and a lot of interest and a lot of creative financing. From the tech perspective, there’s the media story of its spillover, but it’s not my experience on the ground, people here are forming companies, and we have an incredible small business community.” commented Marisa Raya, the city’s economic analyst and tech development specialist.

If you want to browse available jobs in Oakland click here.

Spread the word to show your love for Oakland;

This Video Will Change Everything You Thought About Homeless People

Hilarious Things Only People From Oakland Will Understand