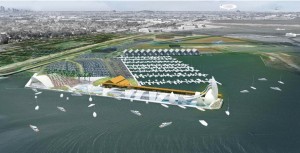 The owner of Tipitina’s, along with several other developers are now planning on redeveloping the old Bally’s riverboat casino landing in eastern New Orleans.

Their proposal for the massive lakefront property, to be named ‘Tipitina’s Festival Park’, will include:

The entire property has sat vacant and largely unused since Katrina hit and put Bally’s out of business.

A re-development of the site would be a huge boost for the city of New Orleans, for both the local music scene, and national tourism to the area.

When Katrina gutted the riverboat terminal and left the property in shambles, Bally’s terminated its lease left the land in the hands of the governor’s office, leaving a major blight on the city’s east side.

Spread the word to show your support;

10 Ways To Know You’re Doing Better Than You Think