In case you haven’t followed the digital revolution, he’s a quick rundown of what happened.

For the past few months, r/wallstreetbets users were going in hard on Gamestop’s stock, believing there to be significant upside and noticing that it was being heavily shorted by hedge funds and wall street insiders (a ‘short’ is when you borrow a stock from a broker and sell it immediately at its current price. Then you hope the stock’s price falls such that you can buy the stock back at a lower price and return the shares you borrowed to your broker, but keeping the difference).

Things really started to pick up steam at the start of the new year when Gamestock was hovering around $20 per share. 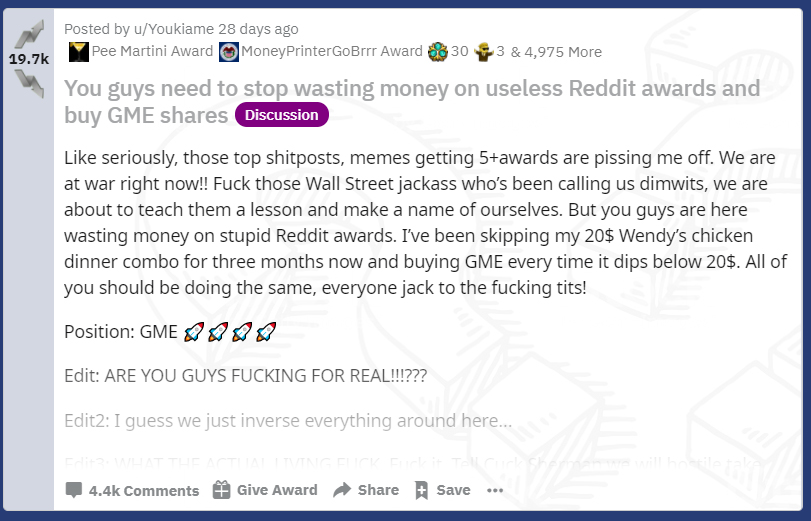 Over the past month, users on the subreddit continued to push eachother to go all-in on GME shares (they call it going “YOLO”), even as share prices skyrocketed past $100 with literally no valid fundamentals to support it. 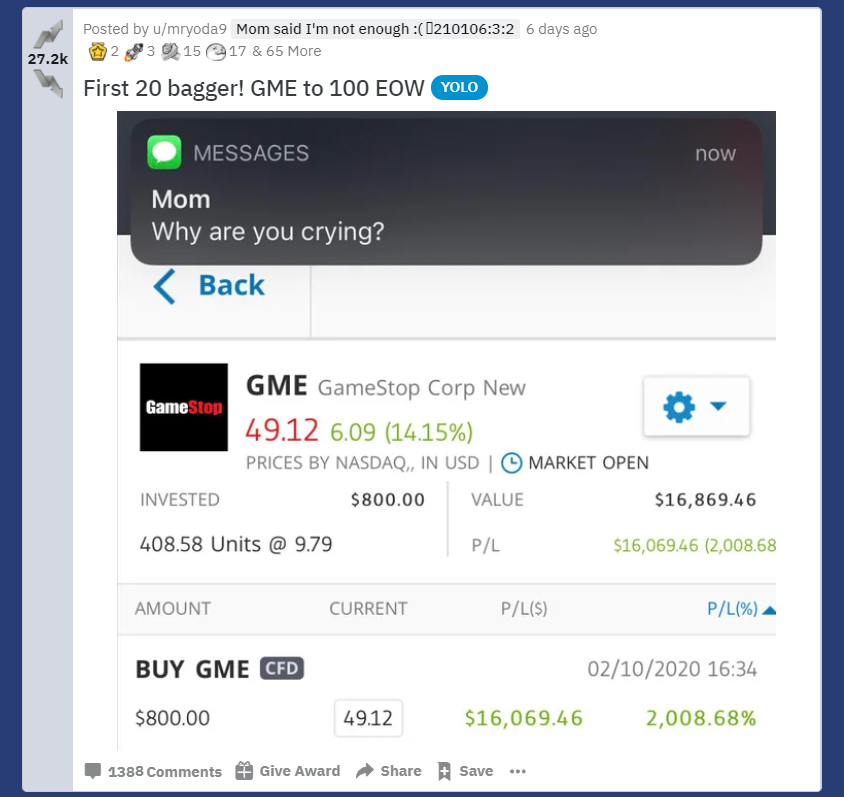 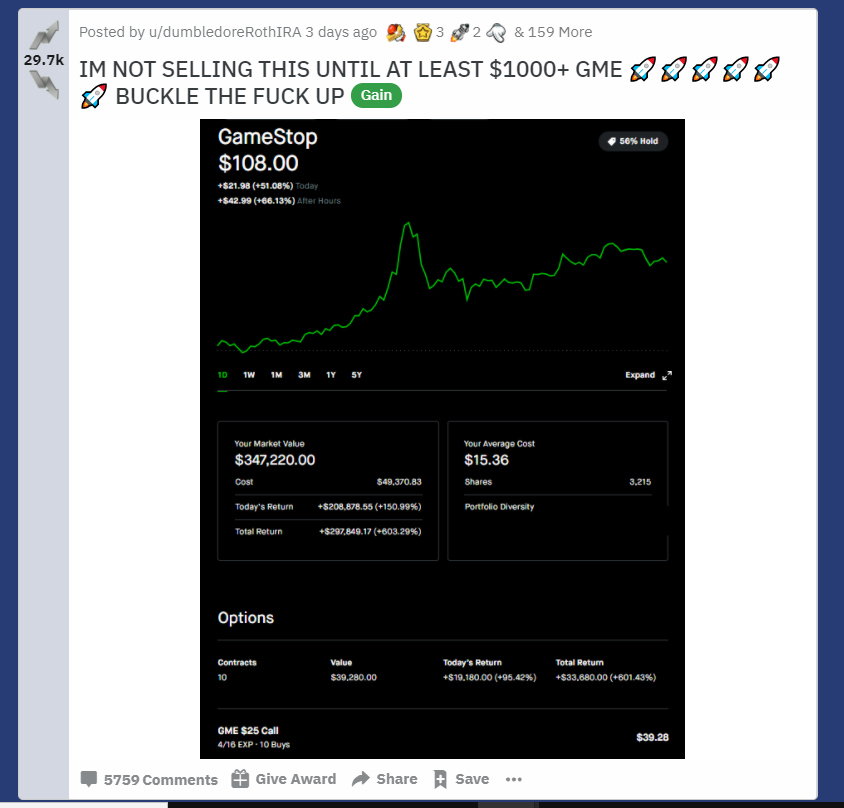 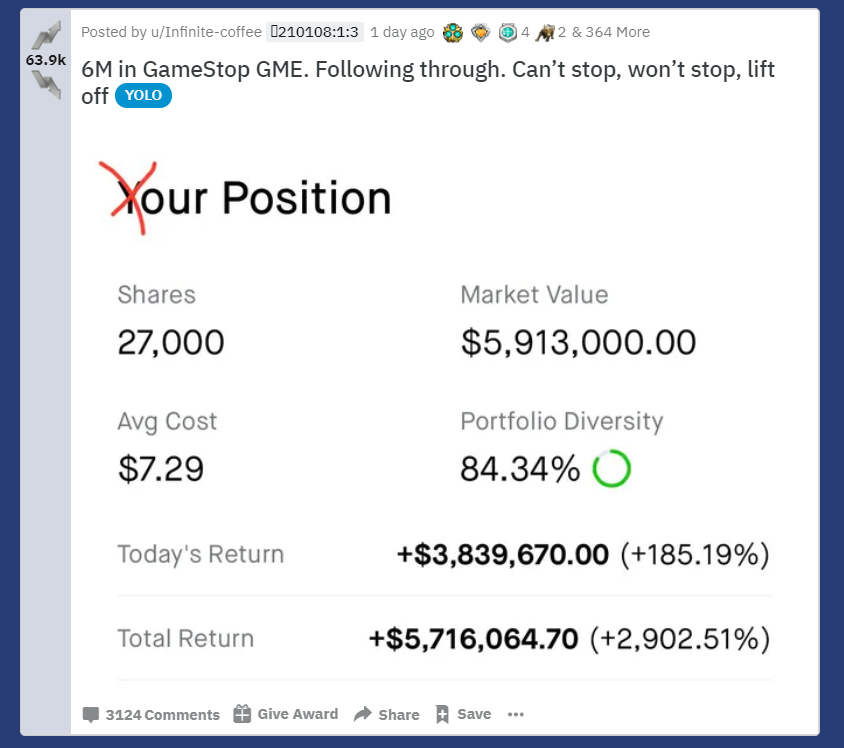 Melvin Capitol reportedly closed out of its short positions yesterday, but not before losing billions and almost going bankrupt (users on r/wallstreetbets don’t believe Melvin closed their shorts yet and are continuing to push for higher levels).

Melvin lost so much that 2 other hedge funds, Citadel and Point 72, had to swoop in and infuse approximately $3 billion into Melvin Capital Management in order to “shore up its finances.”

One of the first users to notice the shorts and who took an early position is u/DeepFuckingValue. He is now up over $45 million on his initial $100,000 investment.

It’s estimated that hedge fund managers have lost over $70 billion so far since Gamestop stock initially started taking off. 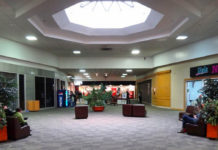