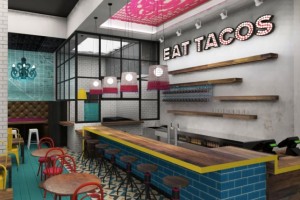 With the recent rise in upscale taco and tex-mex restaurants around the country, Taco Bell has been slowly fading in popularity. They are about to make a radical shift. This summer, Taco Bell is going to be launching an entirely new brand of upscale taco restaurants, which will be branded as “U.S. Taco Co.”, with a pink skull logo.

You can’t get a Mexican Car Bomb at your local Taco Bell. But you will be able to at U.S. Taco Co. in a bid to reach new customers.

How radical is Taco Bell’s new brand’s offerings? The Mexican Car Bomb isn’t even a taco. It’s a vanilla shake with Guinness, tequila caramel sauce and chocolate flakes. The new restaurant won’t offer Mexican restaurant favorites like burritos or tortilla chips, but instead, it will sell steak fries with their tacos. “Brotherly Love” will be like eating a Philly cheese steak stuffed inside a flour tortilla. The “Winner Winner” adds a southern twist, with crispy chicken and gravy. 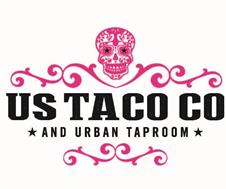 U.S. Taco Co, set to open in Huntington Beach, Calif., this summer, with a taco-focused menu — but not the same tacos you can buy for a buck or two at Taco Bell. U.S. Taco Co. aims to fit in with other “fast-casual” chains like Chipotle, Qdoba Mexican Grill and Panera, said Morningstar analyst R.J. Hottovy.

Most tacos will cost about $4 at the new restaurant, while most cost under $2 at over 6,000 Taco Bell locations throughout the United States.