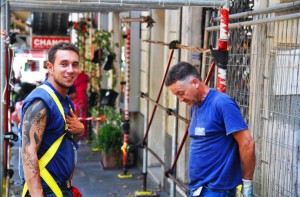 It seems that the financial collapse of ’07 may finally be behind us. The U.S. economy’s third-quarter numbers for 2014 were stronger than any other quarter since before the recession. American consumers are now spending a higher percentage of their income than ever before as they witness the job market, housing market, and stock markets continue to grow.

The US GDP increased by an astounding 5% exceeding the prior quarter’s 4.6% increase. It was officially the highest growth percentage since the third quarter of 2003, according to Bloomberg. The numbers even beat what the average prediction of economists polled by Bloomberg (4.3%) – there wasn’t even one expert who predicted an increase above 4.5%

The incredible economic numbers were a result of pretty much everything in the economy improving. We saw increased personal consumption, increased state and local government spending, increased domestic investing, and increased exports around the world.

Retail spending was one of the biggest contributer to the numbers, with Fortune Magazine reporting earlier this week that U.S. shoppers spent a record $42 billion on Saturday and Sunday, the final weekend before Christmas.

Also, gas will soon be under $2 per gallon!