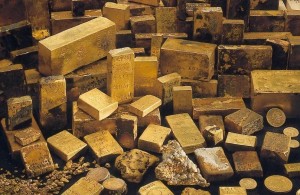 Possibly the largest recovery of gold bars, coins, bracelets, buckles and broaches have just been retrieved from a 157-year-old shipwreck off the coast of Charleston, South Carolina.

The “Ship of Gold,” once known as the SS Central America, was carrying 30,000 pounds (13,600 kilograms) of gold when a hurricane sent it to the watery depths 160 miles (260 kilometers) from the coast of South Carolina on Sept. 12, 1857. In the summer of 1988, the shipwreck initially was seen, but recovery efforts could only recover about 5 percent of the site.

Odyssey Marine Exploration Inc., has just now re-discovered the site using advanced deep-sea equipment and is attempting to fully recover the vast treasure. Odyssey divers and archaeologists have already recovered more than 15,500 gold and silver coins and 45 gold bars from the wreck site, according to the company. They’ve also found gold jewelry, gold nuggets and snippets of 19th-century life, from glass containers to chewing tobacco still in its package. 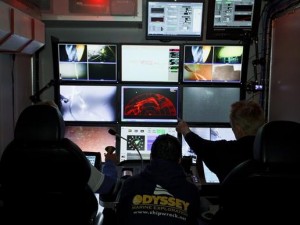 The SS Central America was a wooden-hulled, copper-plated steamship that traveled between New York and San Francisco during the California Gold Rush. At the time the ship sank, it was carrying gold bars and freshly minted Double Eagle coins ($20 US coins). So much gold was lost that public confidence in the banks was shattered, causing bank failures and a major financial panic (The Panic of 1857) that resulted in a three-year economic depression.

There were approx. 571 passengers and crew on the “Ship of Gold” who were able to evacuate to other ships during the storm, but an estimated 425 people died during the tragedy.

Odyssey Exploration has completed a new high-resolution video survey of the entire wreck site, and is now evaluating the data from the survey before returning to the site for further recovery.