In what might be one of the freakiest displays of mother nature every captured on film, a mega volcano in southeast Asia recently erupted and created a massive electric ash-cloud. 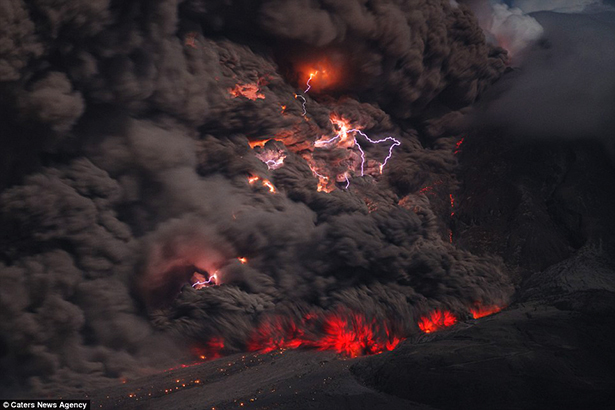 The actual cause of the thunderstorm was static electricity within the 8,000-foot-tall volcano, according to National Geographic. 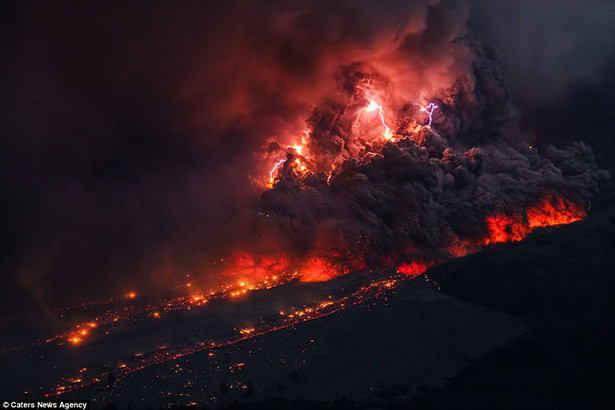 Located in northern Sumatra, Sinabong had been dormant for hundreds of years before recently awakening. 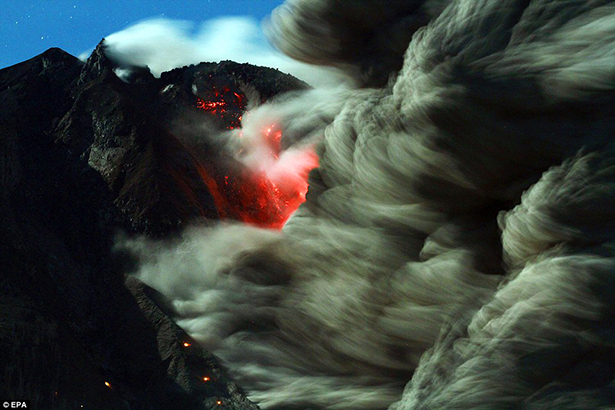 Multiple villages were first enveloped in a thick blanket of ash before melting in a molten flow of lava. 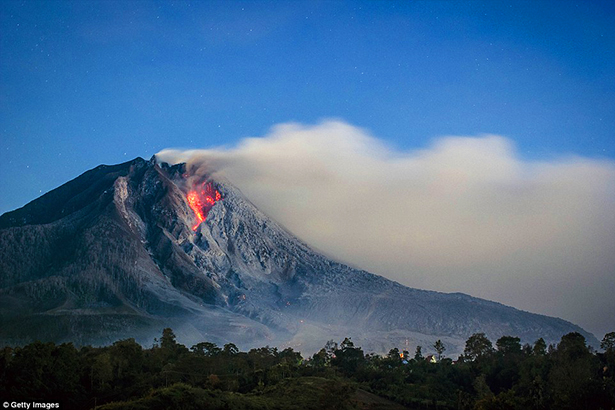