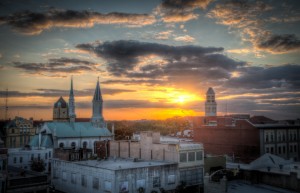 The increasingly popular city of Savannah has just won yet another award. It’s famed “The Brice” Hotel has just been named the #4 best hotel in the south.

The magazine ‘Southern Living’ magazine released the finalists for the Top 10 Best Hotels in the South.

South Carolina has two hotels on the list (neither in Charleston or Hilton Head Island), and the No. 1 pick goes to a hotel in Oklahoma. You can see the full list here and learn more about The Brice here.

The extraordinary hotel was first developed in the 1860s. During its lifetime, it was also used as a horse livery, cotton warehouse, grocer, machine shop and site of Savannah’s first Coca-Cola bottling plant.