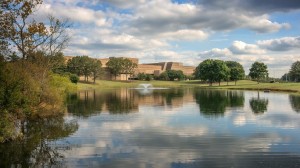 Alevo Inc. has now begun spending “hundreds of millions” of dollars on its new facilities in Concord NC, which will employ over 2,500 workers. It will produce revolutionary new battery systems, used to store and release energy with significantly more efficiency than previous technologies.

The sheer size of the company’s new facility will significantly help the Charlotte region to establish itself as an energy hub for the nation. Storage for utility companies and smart-grid applications will also be a key to the development of renewable-energy sources such as wind and solar nationwide.

Alevo has created a patented battery technology that can capture unused electricity as it travels from Point A to Point B and store it to reduce waste. Their new technology will be combined with smart-grid applications and company services to create “huge” benefits for industry, consumers and the region. Their new battery systems are safer than conventional lead-acid designs, and they will last longer, and can be charged and discharged faster with less wear on the units.

The battery technology and related services could solve a major problem that’s always plagued solar and wind farms — how to keep a constant supply of energy when the sun isn’t shining or the wind isn’t blowing.

Victory Industrial Park LLC bought the 2,023-acre Philip Morris site for $68.5 million in April. Norwegian entrepreneur Jostein Eikeland founded Victory, Alevo and others in the green tech sector. Alevo is currently planning to hire over 2,500 people within the next three years. This will be the same number who once worked at the former cigarette plant.

Alevo expects to begin spending millions on large scale installations and begin rolling out its commercial applications later this year.

They have already started preliminary hiring for many positions, you can now browse all job openings around Charlotte here.