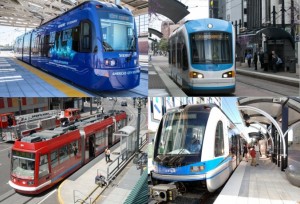 After the incredible success of Charlotte’s first lightrail on the Blue Line, construction is now almost finished on Charlotte’s fist street car – called the ‘CityLYNX Gold Line’. Phase 1 of the Gold Line began in December 2012 with a 1.5-mile route from the Charlotte Transportation Center on Trade Street to Novant Hospital at Hawthorne Lane and Fifth Street. Phase 1 will have six stops, including a connection to the LYNX Blue Line.

They are now anticipating service on the Gold Line to start in just a few months.

CATS anticipates to advance the project as a design, bid, and build project in early 2016. Construction is projected to begin late 2016. Phase 2 service start date is projected in late 2019.

Phase 3 is still waiting on final approval from the City of Charlotte, as well as a plan to fund the project.

The Greatest Rock Bands of The 90s Will All Be In...