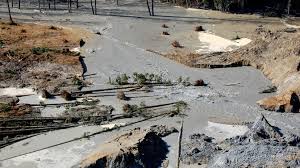 The majority of residents in the town of Oso, Wash. were not concerned about the possibility of a landslide, but there is undeniable evidence that the catastrophic event that occurred on Saturday, March 23 should have been anticipated.

Multiple accounts of the deadly landslide mention the 1999 Army Corps of Engineers report that predicted the inevitability of just such a tragedy, but city officials claim there was no warning.  An NBC news report showed that Snohomish County Department of Emergency Management head John Pennington was surprised by the landslide and said that it was “unforeseen” and “came out of nowhere.”

Another news story by Fox News reported remarks by Pennington that there had been ample warning of the possibility of a landslide in the area, but residents countered that the only warnings came from elders in the community who had suspicions about these dangers.

The inconsistencies are alarming. 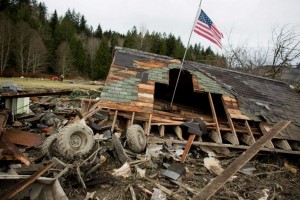 First, if the Department of Emergency Management tried to warn residents of the possibility of landslides in the area, then this one did not “come out of nowhere.”   Second, if Pennington’s account that the department did everything it could to protect its residents is true, then the residents themselves are to blame for the loss of up to 176 lives.

The Internet is arguably the simplest avenue for providing citizens with important information about risk management, but the Snohomish County Department of Emergency Management website makes no mention of preparations for landslides.  If the most basic measures were not taken to inform the public about a scientifically documented hazard, it is doubtful that there was any measurable degree of outreach through other platforms.

It is likely, however, that many residents would have continued to live in the area even if they had been warned about the instability of the land near Oso.

A research study from the University of Buffalo in 2013 found that people are often apathetic to warnings about crisis situations.  Reasons discovered in the study included past experiences, false warnings and lack of understanding about the seriousness of a situation, among others.

Apathy on the part of the residents of Oso was probably not the most profound factor at play in this situation. Unfortunately for the Department of Emergency Management, Pennington’s contradictory remarks cast suspicion that the department was fully aware of the likelihood of an event like Saturday’s mudslide and failed to provide adequate information about the risks of living in Snohomish County.