A demonic new game, similar to the Ouija board has been taking over Twitter, the game promises participants that it will allow them to connect with a Mexican demon known as ‘Charlie’.

What Twitter isn’t telling kids, however, is that if the demon of ‘Charlie’ does come, it won’t easily leave; 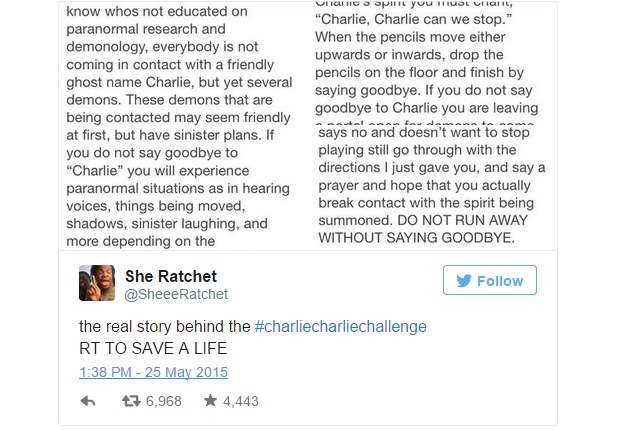 The Charlie Charlie Challenge has been played by thousands of young people around the world after a number of videos claim to show the demon showing up.

Now a new trend has started to oppose the #CharlieCharlieChallenge, being called the #HolySpiritChallenge

Baltimore Gangs Are Uniting To Stop The Violence And Rioting