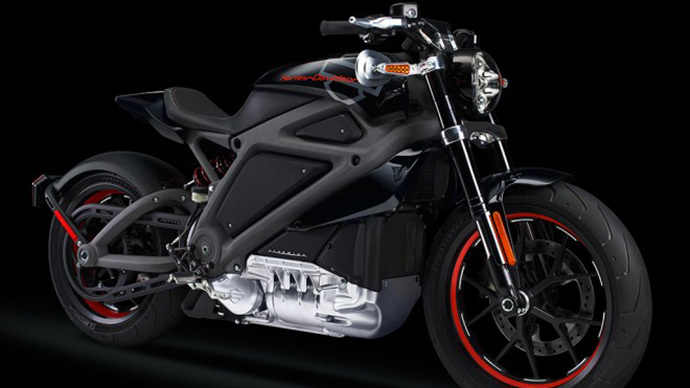 Harley Davidson has long been known for their heritage and traditional, unchanging designs. Lately, however, they have been starting to test the waters of innovation. Their first major diparture from traditional ‘hogs’ was the sport bike inspired ‘V-Rod’ that has been proven to be very popular and was able to attract a larger demographic of younger riders.

Their latest unique creation can go from zero to 60 miles-per-hour faster than you can finish reading this sentence, but you’ll be hard pressed to find one at your local gas station anytime soon.

Harley-Davidson has said that they will start touring a dozen prototypes around the United States next week — but it’s also the first bike from the iconic American company that runs entirely on electrical power.

Harley-Davidson may be stepping out on a limb with an all electric bike, but they certainly aren’t lacking when it comes to recognition and finances . If they aren’t the world’s most famous motorcycle, they’re certainly close. The company has been building motorcycles since 1903, and typically subscribes to the bigger-is-better school of engineering. But even Harley-Davidson knows the times are changing, and it recognizes the need to diversify a customer base that has, for the most part, been dominated by middle-aged white men. Upstarts like Zero Motorcycles and Brammo have proven one way to attract younger, urban riders is selling small, compact all-electric, and even some major brands like Yamaha are testing out electrics…Harley has now decided to jump in with both feet.

“Any business has always got to look ahead to see where customers are interested in going, and see where society might be going,” says Mark-Hans Richer, Harley’s top marketing executive.