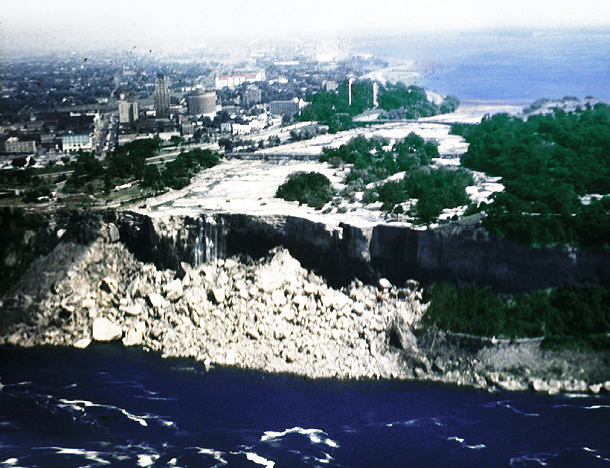 Back in 1969, engineers working for the NY and US governments shut off the flow of water to the American and Bridal Veil Falls (two out of the three falls that make up “Niagara Falls”).

You may have seen pictures of Niagara Falls iced over or frozen solid, but this historic event has only happened once in history…at least that we are aware of.

To be fair, they did not shut the water off to all of Niagara Falls. The dewatering project only stopped water flowing to American and Bridal Veil Falls. The vast majority of the water actually goes over Horseshoe Falls.

This map shows the layout of where all the water flows; 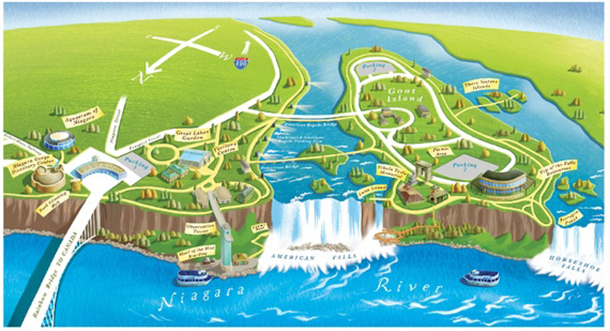 In order to completely shut the water off, engineers had to build a 600-foot cofferdam from the American shoreline out to Goat Island using 28,000 tons of material. The reason they did it was to investigate the full geology of the falls, which had seen very substantial rockfalls, leading to a buildup of boulders and debris at the base of the falls. Ultimately, after a lot of public debate, the International Joint Commission, which manages the falls, decided not to change the falls – this massive dam was removed on November 25, 1969.

The Niagara Falls public library website has several more shots of the turned-off-falls, and plenty of more information about this major tourist attraction back in the summer of ’69; 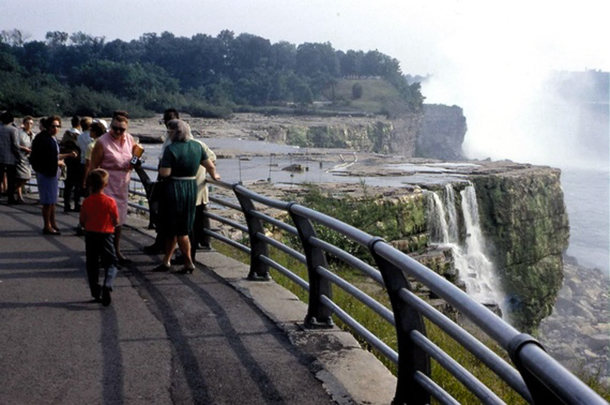 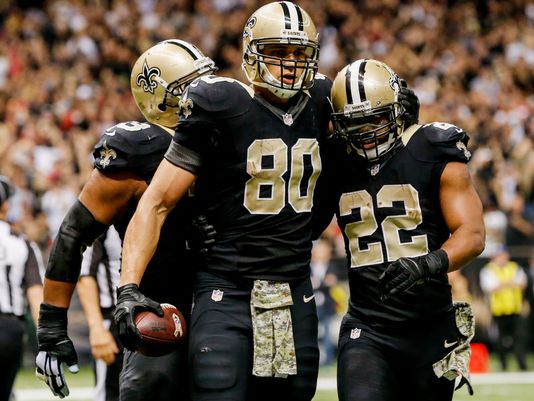