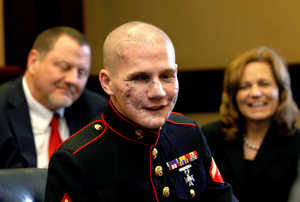 US Marines are often models of heroism and inspiration, but it is truly rare to hear of a man like Corporal Kyle Carpenter. On Nov. 21, 2010, Kyle remembers lying on a rooftop in Afghanistan alongside his fellow marine and friend Lance Cpl. Nicholas Eufrazio, but what happened next is a blurred memory in his mind.

He does, however, remember the few seconds between the blast and the abrupt unconsciousness.

The impact felt like his face and body had been hit with a two-by-four, he said, his vision was blurry and there was a loud ringing in his ears. The blood felt like warm water flowing over his face, and as he ran his tongue around his mouth, he couldn’t feel his jaw.

As he drifted off, he said he remembers realizing how devastated his family would be that he wasn’t getting out of Afghanistan alive. And then, he said, “I asked for forgiveness … I wanted to go to heaven.”

Corporal Kyle Carpenter and his good friend Eufrazio were ready for a fight on that day. His squad was trying to secure Patrol Base Dakota, and two Marines had been wounded in an attack the prior day. At about 10 a.m., insurgents threw three grenades. The third landed on the rooftop and, according to a Marine Corps report, Carpenter moved to shield Eufrazio.

Eufrazio received a shrapnel injury to his head, but Carpenter’s body absorbed most of the blast.

Kyle’s long list of injuries include; losing his right eye and injuring his left, blowing both eardrums, losing most of his teeth and even his jaw. His his left arm, wrist and hand had multiple breaks, his right arm was shattered, his right lung collapsed and he had shrapnel wounds in his legs.

For the next two-and-a-half years after the blast, doctors rebuilt his teeth and face, and saved his arm. Surrounded by family and friends, and deluged with letters from all over the country, he said he viewed the recovery not as a struggle, but a goal.

Corporal Kyle Carpenter is now a student at the University of South Carolina, he said the past couple years has given him a new perspective on life. Since his recovery, he has taken trips to ski and snowboard, went skydiving, last year he even completed the Marine Corp Marathon.

He recently commented, “I will never quit, I am just getting started.” 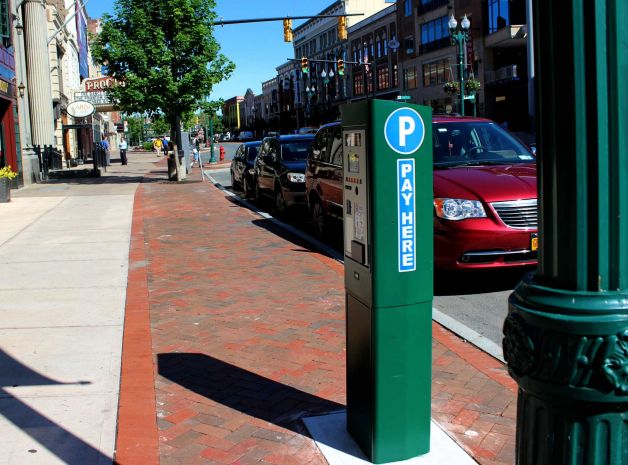