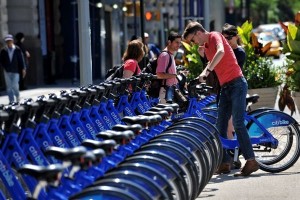 There is about to be an extra 1,100 bikes available for short-term to anyone in the greater LA area. The new $11 million program is being spear-headed by the Los Angeles County Metropolitan Transportation Authority.

There will initially be 65 stations throughout LA county, including; Union Station and other downtown rail stations, the Los Angeles Convention Center, Grand Central Market, Pershing Square, the Arts District and the University of Southern California area.

Metro is also working on expansion programs in Long Beach, Beverly Hills, Irvine, and several other areas throughout the region.