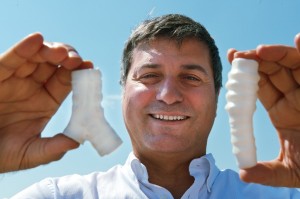 A revolutionary doctor in Stockholm Sweden is now pushing the boundaries or medical science. Dr. Paolo Macchiarini of the Karolinska Institute pioneering the emerging field of regenerative medicine, involving the use of patient’s own cells to rebuild tissues and organs. Scientists hope to soon be able to replace any body part or organ you need would simply be manufactured in a lab, man-made, just for you. This would eliminate the need for donor organs, who are becoming in much more short supply all over the world.

There is only one surgeon in the world who is doing transplants in humans with artificially grown organs. Patients come to the controversial surgeon because, for many, he is literally their only hope.

Hannah Warren was one such example. She was born without a trachea and therefore was unable to breathe on her own, she had spent her entire life in the hospital, having kept alive only by a tube. No child with her disorder has lived past the age of six. Dr. Macchiarini’s artificial trachea was her only hope. 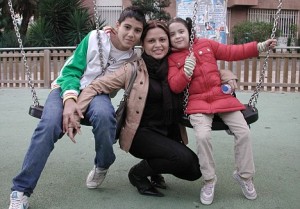 One of his more recent developments has been using plastic to form a skeleton for growth. The first recipient of this new technology was a 36-year-old engineer named Andermariam Beyene. Macchiarini’s team began by collecting stem cells from Beyene’s bone marrow. Those cells were mixed with special growth factors and then poured onto a scaffold made from plastic, which was made to mimic the shape of a real windpipe.

In just a matter of days, the scaffold began to transform into an actual functioning windpipe.

Macchiarini described the magical sounding process like this: “It’s like if you roast a chicken. It’s the same thing. You fill this box with fluid that includes cells. And then this chicken scaffold just is submerged in this fluid and the cells penetrate inside.”

Perhaps Macchiarini’s most promising success stories has been Claudia Castillo. Claudia is a Spanish mother who has been doing so well six years after her transplant that an increasing number of Macchiarini’s colleagues are beginning to see him in a new light.

It seems that for the new field of regenerative medicine, we may now be at the end of the beginning.