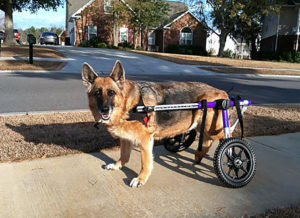 The new bill also stipulates that “if a person is convicted under this section, that person may be required to complete up to five hundred (500) hours of community service for an animal-related organization or foundation.”

The bill is being backed by many of the palmetto state’s top law enforcement agencies. Robert Stewart, speaking on behalf of South Carolina’s Fraternal Order of Police, said the trained animals are “invaluable” to law enforcement.

“What we’re attempting to do here is have more of a deterrent of this activity of hurting and killing these animals,” Stewart commented.

The bill is now expected to be heard before the full Committee on Agriculture and Natural Resources next week.

Do you support this new bill?

This Stunning Video Of New York Will Make Everyone Want to...