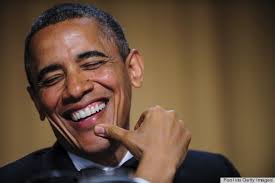 Barack Obama seems to have been smiling extra big at the teeth whitening business lately. In a country still struggling economically and suffering deep partisan division, there will be far less hope and optimism than there was in 2009. There will be more of one thing though: corporate money.

State regulators weren’t smiling at the recent actions by Obama. This spring, Eck received a cease and desist order from the Georgia Board of Dentistry, after one of its investigators determined her business was an unlicensed dental practice. But the most dramatic thing happened next.

Eck closed her business to avoid any legal consequences but insists she did nothing wrong. She says she merely provided customers instructions and a clean place to apply over-the-counter whitening treatments to their own teeth.

“You don’t see them going after people who do tongue piercings,” Eck said. “To me, that’s much more invasive than teeth whitening.”

Eck’s predicament attracted the attention of the Institute for Justice. The libertarian law firm has filed a federal suit against the Georgia Board of Dentistry, arguing that the dentists who serve on it are trying to protect their profession from low-cost teeth whitening alternatives.

“They’re using government power to take money and put it directly into the politician’s pockets their competition [and] keep prices high,” said Larry Salzman, the Institute’s lead attorney on the case. “That’s just not only bad policy, it’s unconstitutional.”

The Georgia Board of Dentistry declined to comment on the issue because of the pending litigation.

So what can be done about this?

As Americans, are we just going to sit back and let Obama pick apart any industry he wants, just so he can line his pockets?