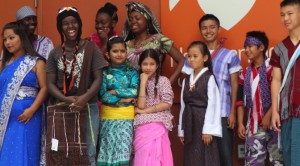 After Emmanuel Niyenzima’s parents were both killed, the 24-year-old fled the Democratic Republic of Congo. In 2009 he came to Houston to seek refuge and find a fresh start.

“Houston is a really good city. It is a place where your future can be born if you work hard. To get the opportunity to go to school full time is hard because you have to pay your tuition and pay your bills. Most refugees can’t do it – but I make it a priority.” said Niyenzima, who is currently one of roughly 70,000 refugees to arrive in Houston over the past 35 years.

Houston has been the No. 1 city in America for refugees over the past two years, a title celebrated Saturday at a World Refugee Day celebration in southwest Houston, where Niyenzima played a few songs the entire audience.

Ran by the Houston Refugee Consortium, the event hosted a collection of six different organizations that provide ongoing services to local refugees. The event’s goal was to help educate the city’s refugee population about available resources while celebrating refugees’ resilience. Organizers said that over 1,000 people were in attendance.

“Integrating into a new country is a huge challenge. It’s the hardest thing, and that’s why we’re around. They often need help to get employment and get to where they can provide for themselves.” Gordana Arnautovic, executive director of The Bilingual Education Institute commented.

Arnautovic remarked that Houston’s economy, the availability of jobs, quality of living and affordable housing makes it an attractive city to refugees. Alia Al-Khatar-Williams, an official with the United Nations High Commissioner for Refugees, called the city “a beacon of hope” for refugees. She stated that, “it’s not only that Houston takes such a significant number of refugees, but Houston is also a prime destination for successful and sustainable integration. Resettlement is successful here – people are truly able to integrate.” 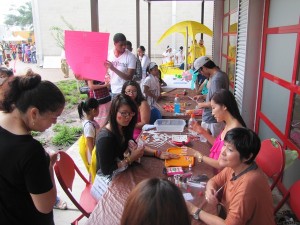 Houston was not the only city that has seen an remarkable increase. According to the U.S. Office of Refugee Resettlement, Texas was the most popular state for refugees in the past two years, moving up from No. 5 in 2000.

According to the United Nations refugee agency, the rest of the world is also seeing a rise in refugees. On Friday, the agency reported the number of asylum-seekers displaced worldwide is now more than 50 million people. Last year, the agency reported that 45.2 million displaced people seeking refugee status. The number reached 51.2 million people at the end of 2013, something the agency calls “a massive increase” and attributes in part to the war in Syria, displacing the second most citizens.

Afghanistan remains the biggest source of refugees in the world, with more than 2.5 million of its citizens displaced.

“A sad reality is the situation we find ourselves in at the moment is the pace of new displacements is faster than the pace of solutions being found – of people being able to return home,” Al-Khatar-Williams commented.

Thankfully we are starting to see some remarkable improvements in the quality of life and future outlook of the majority of our city’s refugees. The future is certainly looking bright for all of Houston’s residents.