Ariana made her typical face at the 2014 Victoria’s Secret Fashion Show. She was singing on stage when a winged-angel brushed Ariana with her wing; 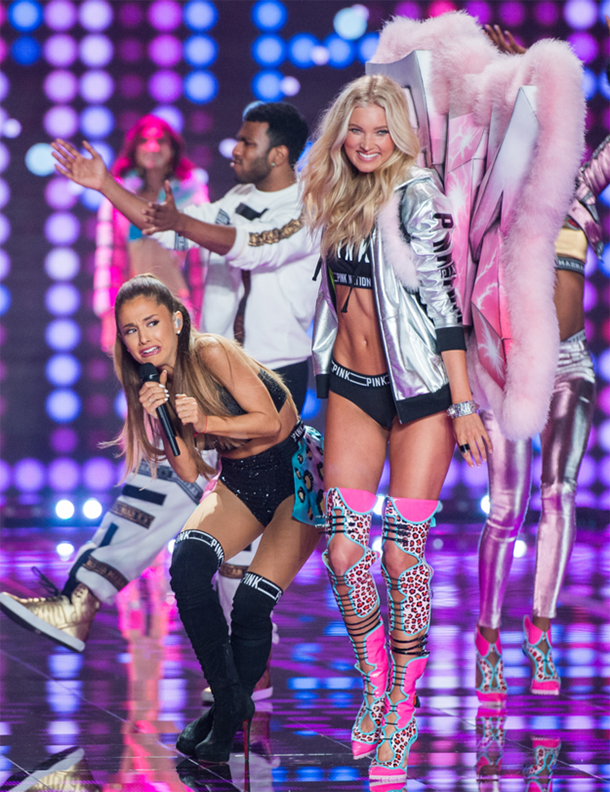 She made the same face when Jennifer shoved her; 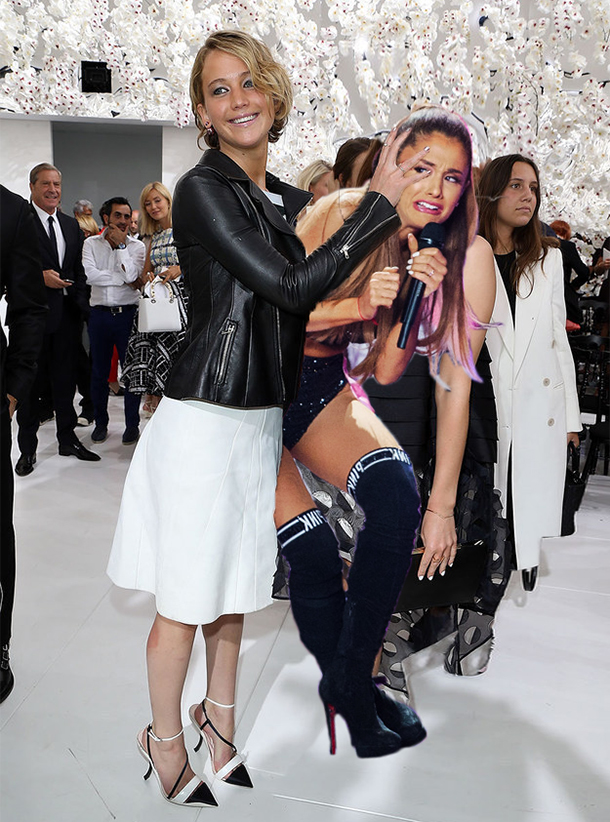 Then gave her the finger; 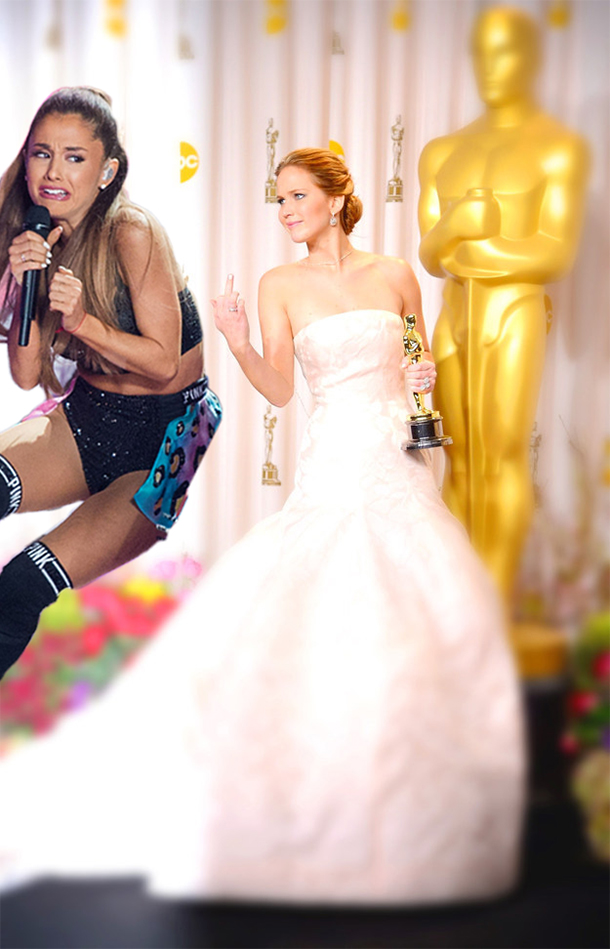 And when she was owned by Beyonce;

And chased by Leo and Pam; 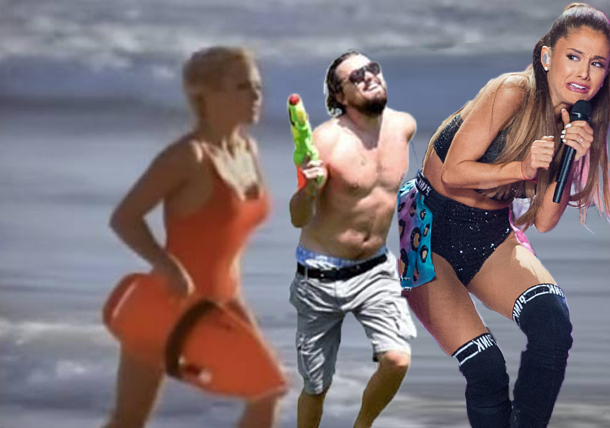 And ran from Shia Labeouf; 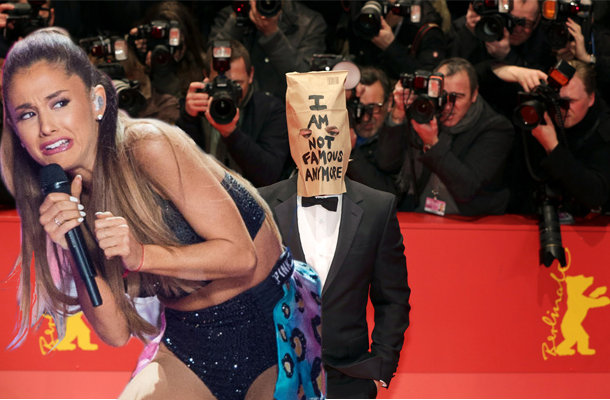 And ran from Justin; 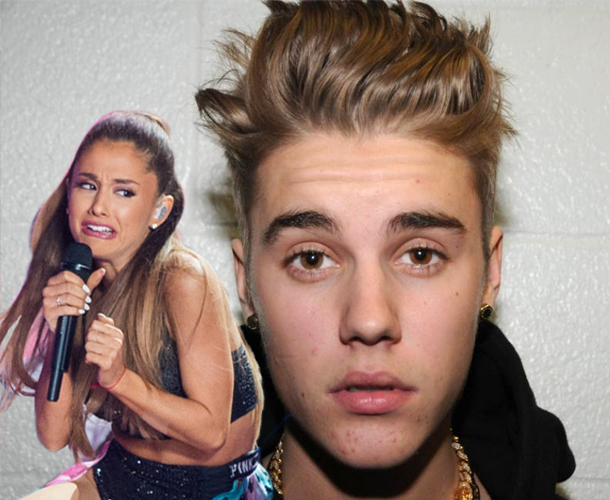 And danced with the Queen; 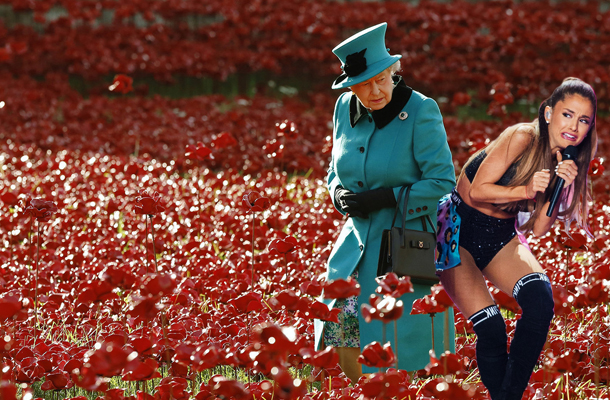 UPDATE: These are even more hilarious:

Here she is with bad diarrhea; 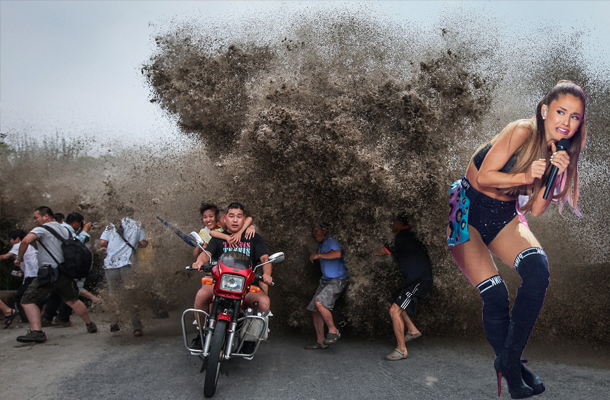 And hating on Target cashiers 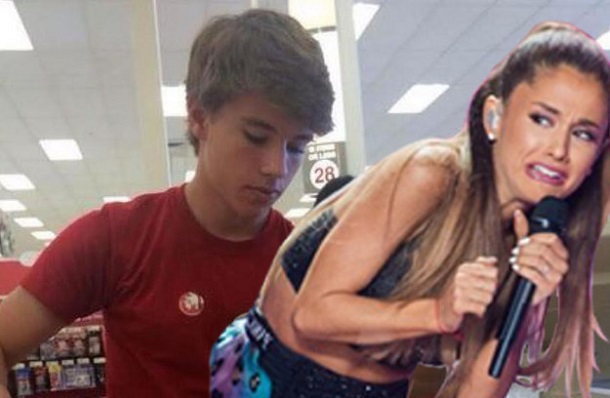 And pooping for Kim; 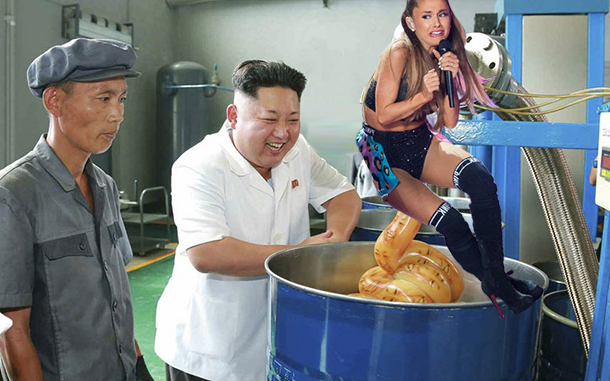 And twerking with Beetlejuice 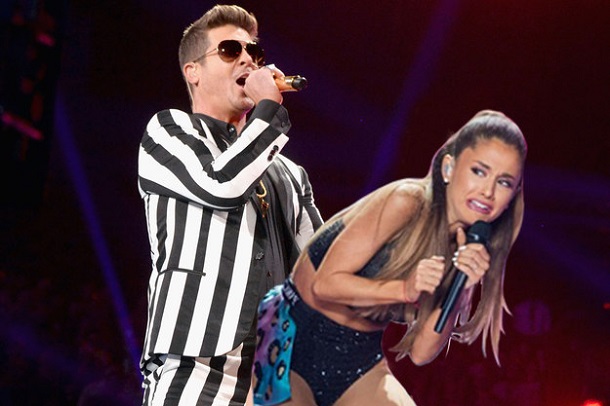