The following baby wipes, which were manufactured by Nutek Disposables, Inc., are being recalled due to a dangerous design flaw; 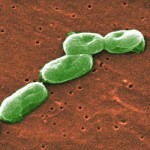 The FDA has announced that consumers who have purchased any recalled baby wipes can now return them where they purchased them and receive a full refund.

The mass recall is due to a surprising bacterial contamination called Burkholderia cepacia (B. cepacia) which can result in;

– Problems in those with weakened immune systems or chronic lung conditions including cystic fibrosis.

Person-to-person spread has been documented; as a result, many hospitals, clinics, and camps have enacted strict isolation precautions for those infected with BCC. Infected individuals are often treated in a separate area from uninfected patients to limit spread, since BCC infection can lead to a rapid decline in lung function and result in death.

Treatment for the bacteria can include ceftazidime, doxycycline, and piperacillin. In April 2007, researchers from the University of Western Ontario School of Medicine, working with a group from Edinburgh, announced that they had discovered a potential method to kill the organism, involving disruption in the biosynthesis of an essential cell membrane sugar.

In spite of the advances against this bacteria, it is still a prevalent problem in America, and especially now with these new contaminated baby wipes on the market.