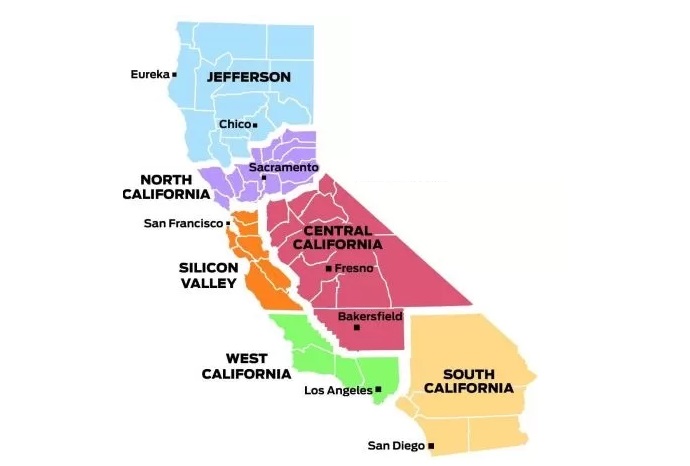 A man in California has just received approval to petition for the separation of California into six separate states. Secretary of State Debra Bowen has given him the green light to start collecting petition signatures.

Tim Draper is moving forward with his plan to divide California into six states. San Diego and Orange County would make up “South California.” “West California” would include Los Angeles and Santa Barbara, while Bakersfield, Fresno and Stockton would make up the larger “Central California.” San Francisco and San Jose would be in the new “Silicon Valley.” “North California” would include the Sacramento area, and “Jefferson” would be home to the Redding and Eureka areas.

If the federal government approves creating six new states, “all tax collections and spending by the existing State of California would end, with its assets and liabilities divided among the new states,” Secretary of State Debra Bowen commented in a recent statement.

For the separation to become fully legal, supporters will need at least 807,615 registered voter signatures.

“We are going to put together a grass roots effort to get signatures. It looks very promising since there are already several movements to create new states here”. Draper remarked.