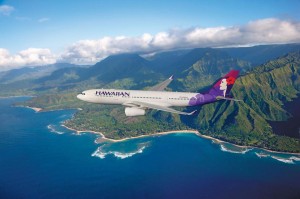 Everyone is now hearing about the 15-year-old boy who stowed away in the wheel well of a plane and survived a five-hour flight from California to Hawaii.

The 15-year-old boy from Santa Clara, Calif. ran away from home Sunday morning, jumped the fence of Norman Y. Mineta San Jose International Airport, then entered the wheel well of a passenger jet bound for Hawaii more than six hours before the plane took off. An airport security camera recorded video of the 15-year-old jumping a perimeter fence at the airport just after 1 a.m. on Sunday. The flight departed at 7:55 a.m. Even though it was not scheduled to take off for hours, Hawaiian Airlines Flight 45 was on the tarmac in San Jose at 1 a.m. and was the plane parked nearest to where the boy jumped the fence, the official said. 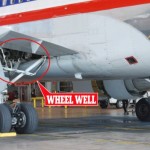 Many people are saying that the low temperatures and oxygen levels of such a flight are not possible, but since 1947, 105 people are known to have attempted to fly inside wheel wells on 94 flights worldwide (Source: Federal Aviation Administration’s Civil Aerospace Medical Institute). Of those, 25 made it through, including a 9-year-old child — a survival rate of 24%. One of the flights went as high as 39,000 feet. Two others were at 38,000 feet.

The conditions at high altitudes can put stowaways in a virtual “hibernative” state, the FAA said. Because of this, many are considering this boy to be a hero, an inspiration of risk and determination in the face of frightening odds!

Charleston Piggly Wiggly Liquidating Inventory at 70% Off This Weekend