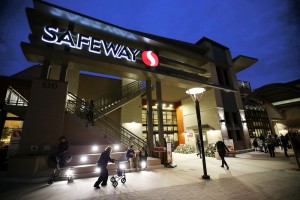 This article will detail the benefits of a policing or public safety degree or qualification in the current context. The Canadian and US jobs markets have seen somewhat of a rebound, but there are still those who have lost their jobs and an increasing number of people looking for an alternative source of income with a means to feel fulfilled. Policing and public safety provide as an opportunity at the moment, and it is important to know why and how you can take advantages of these opportunities.

As aforementioned there has been a great deal of uncertainty around the jobs market and employment in recent times. As economies look to make positive changes and  economic rebounds have been bandied about many are looking to start afresh and it is the public safety and policing sectors that have been seen to benefit from this way of thinking.

Why policing and public safety are top choices

Public safety Canada was set up in 2003 and this organization encompasses and controls all national and international aspects of safety and security. From emergency responders to the Royal Mounted police and crime detectives policing and public safety has funding and structure that makes for an attractive option.

The formalization of this body and the manner in which it is managed at national level means that this is a sustainable job, the funds are long terms and there is no way a job with Public Safety Canada is going to end due to financial upheaval or economic downturn.

As public safety becomes a priority in numerous countries, including for example Canada, the demand for those with skills and qualifications in the field grows. Job availability in public safety is expected to grow by 37% between 2020 and 2025, making it a sustainable and rewarding career choice.

It is also a sector that allows those who are employed in it to feel a sense of achievement and inclusion as they work towards helping others and improving society as a whole.

It is those who want to make some intrinsic difference to the communities they live in and want a more fulfilling career that are making this move into public safety and policing with further study and sideways moves into a career that is looking to become more humanist. There are those who argue that to make a more humane police force and public safety as a whole will predominantly be about ensuring that there is fresh blood entering the service. The aim being to put afoot a new breed of police person, one with more empathy, increased commitment to equality and equity and a greater understanding of the role, and its importance to societal cohesion. It is the degree in policing that can do this.

Policing and public safety are well paid jobs in Canada, specifically as aforenoted that there is dedicated  national funding for the sector. Police officers’ wages for example are at the same level as an accuount manager. While an experienced  policemen will earn more than a business manager. The comparative pay scales are good for the entire sector. To add, a graduate trainee can earn as more than the experienced police officer and business manager, and this will be pre-service. This is a remarkable difference in pay and should cement the rationale for a degree in policing and public safety. You will still have to do the same basic training and in service training, but a degree, especially one in a related profession will allow you to fast track directly into management and  possible avoid the front line of service, which is associated with increased risk.

A degree in policing and public safety is current. The sector as a whole has seen a professionalization and rather than viewing it as simply policing. A degree allows for management, data analysis, crime analysis and is an immediate route into a much better paid, management position. The police as well as Border Force Canada, the Mounties and homeland security are all looking to professionalize and build a better brand. It is thus a prime time to get involved. Whether you are thinking of becoming a policeman or woman or considering security as a career option having a degree is now preferred and arguably will soon be a pre-requisite and a preferred entry point to any job roles from street patrol to station management.

A degree or professional qualification in policing or public safety is also not only useful to Public Safety Canada but can be used as the basis for a startup business in security and public safety.

Crowd management for sporting events and planning of large community and city-wide events, such as marathons and music festivals are also something that those with these qualifications are able to engage in.

it is clear that there are number of benefits of a degree or qualification in policing or public safety. This article has highlighted some of these benefits in relation to the opportunity and possibilities that a degree will evoke. However, there is nothing that will suffice for hard work and dedication. Policing and public safety can be challenging jobs at the best of times, and this must be considered as part of the study and career development process in the sector.

Top 10 Things Every College Student Needs For Their Dorm