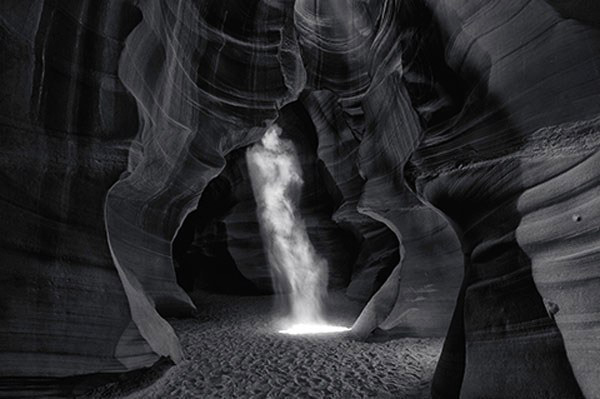 World renowned Australian photographer Peter Lik has just set a new world record for the sale of one of his photo’s entitled, ‘Phantom’ for an unprecedented $6.5 million. During the sale, Lik was also able to sell a couple other pictures called, ‘Illusion’ for $2.4 million as well as ‘Eternal Moods’ for $1.1 million. With this one $10 million sale, Lik now has four of the top 20 spots for most expensive photographs ever sold in history.

The black-and-white ‘Phantom’ photo was shot in Arizona’s secluded Antelope Canyon, so named for the remarkable light beam piercing through the canyon roof. The record for most expensive photo ever sold was previously held by Andreas Gursky’s “Rhein II.” Which sold back in 2011 for a cool $4.3 million.

To capture these breathtaking shots, Peter Lik typically uses Hasselblad Medium Format DSLR cameras, and although some will deny it, he does use Photoshop’s Creative Cloud to slightly adjust his final works.