What does an orangutan have to do with Energy?

Scottish and Southern Energy’s new campaign is one of the craziest and most illogical marketing campaigns we’ve seen in years. It stars ‘Maya’, a CGI orangutan (currently on the endangered species list), exploring a city and marveling at all the wonderful things that energy can do for us;

The ads are an attempt by SSE to generate an emotional connection between customers and their business.

The biggest problem with the whole campaign (besides the fact that it doesn’t make sense) is that the message they are hoping to convey isn’t true. If you analyze SSE’s energy production and other activities there’s nothing special or unique to it’s competition the energy market, it’s especially not saving any more rain-forest than other energy companies. Its carbon footprint per kilowatt hour is almost 27% above UK average thanks to their overly high coal usage.

They’re hoping the general public will see the orangutan ads and blindly think, “wow, they must be saving the environment”.

According to what people are now saying on Twitter…the public doesn’t seem to be buying it; 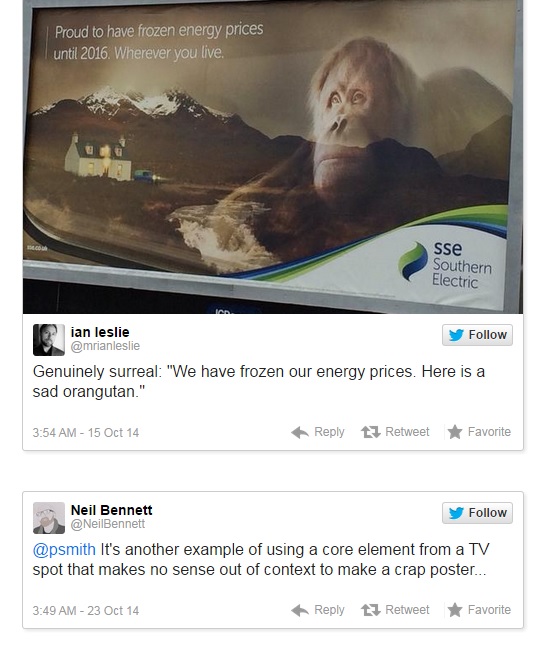 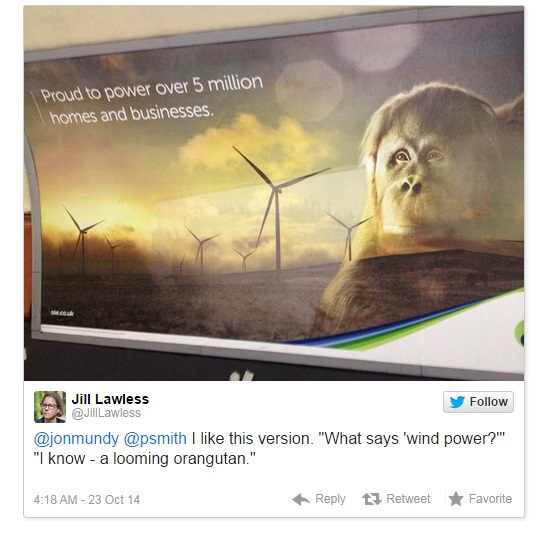 Do you think this new ad campaign will be effective?