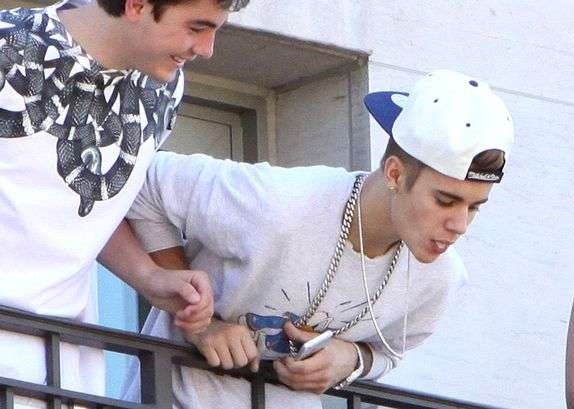 Justin Bieber was photographed hawking spit over the side of a hotel balcony over the faces of hundreds of loyal fans who were gathered below in hopes of catching a glimpse of him. In the same series of extremely bad PR shots, he was then photographed cracking up with his friends and pointing down at the poor teenage girls gathered below that he had just spat on.

#4 Pees in a mop bucket and dissed President Clinton

#3 Spit in His Neighbor’s Face, Threatened to Kill 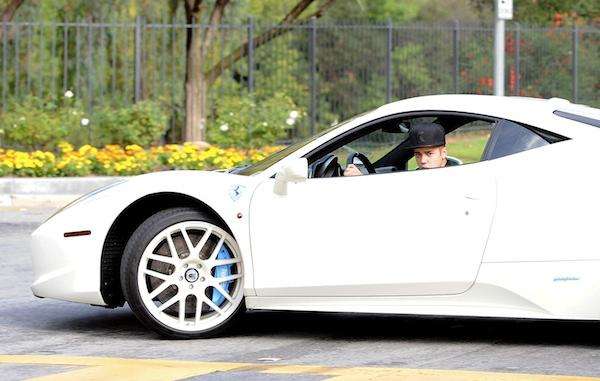 Justin Bieber just bought a new Ferrari at 8 AM and decided to take it for a test drive inside his gated community. Many neighbors complained that he was driving around 100 mph inside their little community.

When one neighbor confronted him and said, “You can’t drive like this!” Bieber responded by saying, “Get the f**k out of here,” and then he spit in the guy’s face and said, “I’m gonna f**king kill you.

#2 Gets arrested for drag racing, DUI, smoking pot, and popping pills in one night 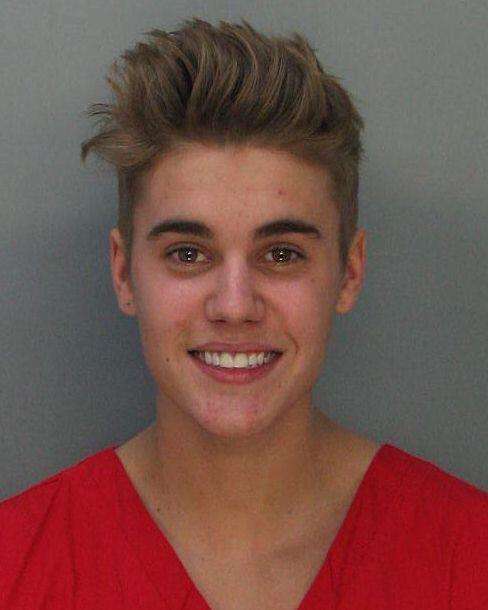 Justin Bieber was arrested on January 23, 2014 in Miami while drag racing his Lamborghini. He was put in jail on suspicion of DUI as well, since he admitted to smoking pot and consuming alcohol and prescription pills. Bail was set at $2,500.