After the incident and the arrest, the government of New Delhi began to consider banning the Uber cab service altogether under section 161 of Indian Penal Code. Police claimed that there were several lapses in Uber’s operations, which could have led to the crime being committed. The main issue that New Delhi police sited against Uber was their lack of requiring their drivers to obtain a commercial taxi badge.

After the government tried to ban the service over the weekend, Uber fought back, and might now become even more profitable in New Delhi; 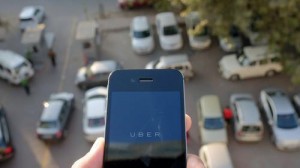 Uber has now vowed to fully cooperate with the police in the investigation. “Our team immediately provided the local authorities with all relevant details. Uber exclusively partners with registered for-hire drivers who have undergone the commercial licensing process, hold government issued IDs, state-issued permits, and carry full commercial insurance.” remarked Uber in a public statement release.

Uber’s CEO Travis Kalanick also stated; “Our entire team’s hearts go out to the victim of this despicable crime. We will do everything, I repeat, everything to help bring this perpetrator to justice and to support the victim and her family in her recovery,”

He assured New Delhi that Uber would “work with the government to establish clear background checks currently absent in their commercial transportation licensing programs”.

After a quick deliberation, and no doubt, a bit of strong arming from Uber’s massive legal team, New Delhi lifted the ban from the ride sharing service in their country.

“There could still be grounds for an injunction” against Uber, the judge commented about the company’s appeal of the court’s original decision. “But during our deliberations it became clear there were no grounds for an immediate injunction.”

Much of the opposition against Uber came from taxi operators that have been losing money to the fast-growing U.S. start-up recently valued at over $20 billion. The upheaval against the company has underscored New Delhi’s mounting unease over the impact of digital technology on established businesses and institutions.

Four-year-old Uber, which allows users to summon taxi-like services on their smartphones, has faced down regulatory scrutiny and court injunctions from its early days, even as it has expanded rapidly into roughly 150 cities around the world.