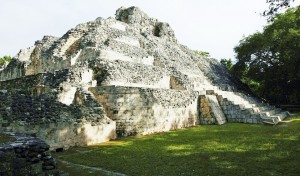 In one of last remaining un-explored regions of the Americas, Archaeologists have just discovered two new ancient Mayan cities. The discovery also has researchers thinking that there could be more still hidden in the region.

The region was originally explored in the 1970s by the American archaeologist Eric Von Euw. He was focused primarily around the base of the Mexico’s Yucatan peninsula near the border of Guatemala, an area now called the Calakmul Biosphere Reserve – a sweeping expanse of trees and rivers that covers approximately 2,800 square miles.

During his exploration, he claimed to have found many sections of ‘lost cities’, including walls, tunnels, and other stone monuments with still unpublished drawings. However, the exact location of the city, referred to as Lagunita by Von Euw, were lost upon his return to civilization lost. All the attempts at relocating his initial discoveries had failed.

“The information about Lagunita were vague and totally useless,” Sprajc commented in an interview by Discovery News. 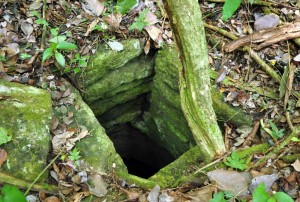 Finally, after almost 4 decades after Euw’s initially discovery, another explorer has ventured into the Yucatan jungle to find the lost cities. After a two-month expedition, archaeologist Ivan Sprajc of the Slovenian Academy emerged from the jungle with more than drawings. He had pictures. Along with another previously unknown city he named Tamchen, Sprajc had rediscovered Lagunita.

Sprajc has estimated that two cities reached their heyday in the Late and Terminal Classic periods (600-1000 AD). At each site, researchers found palace-like buildings, pyramids and plazas. One of the pyramids is almost 20 meters (65 feet) high.

They also found a facade featuring a monster-mouth doorway, which probably marked one of the main entrances to the center of the city. Photographs from the sites showed stone pyramids jutting out from beneath dense foliage.

Sprajc said his team mapped 10-12 hectares (25-30 acres) at each site, but the cities were probably larger. His team has not yet excavated the sites.

Sprajc and his team plan to continue to make trips back to the region in hopes of discovering more cities and hopefully still unknown secrets of the mysterious Mayan civilization.