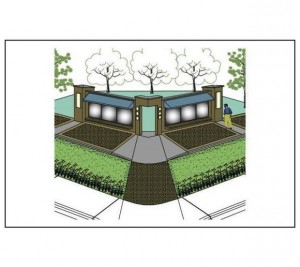 Rock Hill leaders are breaking ground today on an African-American history monument. The monument will pay tribute to the historical black business district that once stood just outside Rock Hill’s downtown, along Trade Street. It is now named Dave Lyle Boulevard, positioned between West Black and West Main streets.

The planned monument –– which has been designed to look like a storefront –– will sit at the corner of Dave Lyle Boulevard and West Black Street. Former business district stories and pictures will be featured throughout the monument.

Hillary Clinton Caught In A Lie About Her Family Fortune