A Milwaukee man has just been put behind bars for the rest of his life for committing at least five armed rapes last fall — four of which happened after police had already identified him as a suspect. He was just sentenced to 155 years of hard time.

Robert C. Brown was found guilty by a jury of his peers of 15 counts of first-degree sexual assault while armed with a dangerous weapon, kidnapping, and armed robbery.

Last year, Brown took all five victims at gunpoint to secluded areas — a cemetery, a park, a garage, behind an abandoned house — and raped them. The victims ranged in age from 14 to 23.

Assistant District Attorney Jessica Ballenger reminded Wagner that at the time of the offenses, Brown was wanted on a warrant for absconding from his probation on an earlier burglary conviction.

Brown’s attorney, Louis Epps, had asked Wagner to consider a 60-year prison term, followed by 20 years of extended supervision, noting that Brown would likely be subject to civil commitment as a sexually violent offender under Chapter 980 after his prison term ended anyway.

That plea was rejected, and Brown will now spend the rest of his life behind bars. 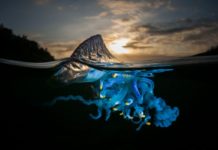