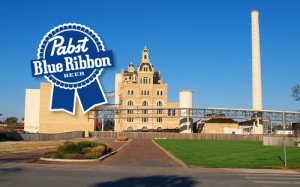 Pabst Brewing Co. shut down their brewery factory in Milwaukee nearly 20 years ago, but current owner Eugene Kashper, is now prospecting land in Milwaukee to re-open the historic brewery. The move would bring hundreds of new jobs to the area as well as further strengthen Milwaukee’s brewery legacy.

They have been mostly looking to relocated the Pabst complex near downtown Milwaukee. They want to enter the revitalized area which now features the University of Wisconsin-Milwaukee’s School of Public Health, several new luxury apartment complexes, desirable retail, as well as other regional developments.

Pabst’s is currently based in Los Angeles, where its previous owners moved the company’s offices from suburban Chicago after buying Pabst in 2010, but it’s true roots have always been in Milwaukee.

If you want to browse available jobs in Milwaukee click here.

Spread the word to show your support;