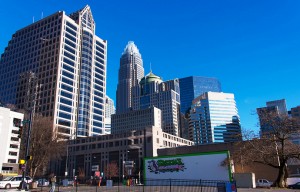 One of Charlotte’s favorite cafes is about to become Charlotte’s biggest cafes. Amelies has just announced that it will be building a massive new 11,000 square foot location in Uptown Charlotte – by far its largest location to date.

Amélie’s already has 5 locations, in addition to the original in NoDa and it’s current small location in Uptown, they also have opened bakeries in South Charlotte, Rock Hill, and Atlanta. The first Amélie’s bakery opened in 2008, and has since become a staple in Charlotte as one of the few places that are open 24-7. Travel site Scoutology.com recently even rated the bakery No. 1 in North Carolina.

Their expanded uptown location will be open for 24 hours on Thursday, Friday and Saturday.