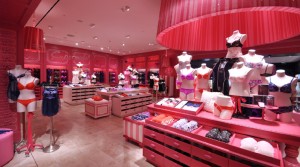 August’s Sheriff’s Office is currently investigating an outrageous incident. An unknown man has just stole over 200 pairs of women’s underwear from the Victoria’s Secret store at the Augusta Mall.

The security tapes show an African-American or Hispanic male wearing a white pullover shirt and jeans walking into the Victoria’s Secret store around 11:50 a.m., and walking out with over $1,900 worth of woman’s underwear. The unidentified man placed the underwear into a large shopping bag and walked out of the store without paying.

There may have been other stolen goods in his shopping bag, as one commenter on The Augusta Chronicle’s website wrote: “At Victoria’s Secret $1900 worth of underwear would fit in a sandwich bag.”