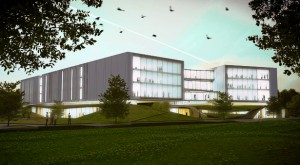 “They are well on their way at this point. Construction is expected to take most of 2015,” Bluefield’s building inspector, Gerald Steele, remarked.

City officials believe the nursing home will be an powerful new addition to the city.

The new facility is being design with state of the art technology, including many ‘green’ components of construction, that will both save energy and water for the residents.

This Guy Started Swinging His iPhone While Skiing and Made The...