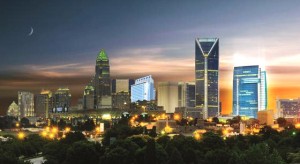 A major developer has just announced its plans to build the first condo skyscraper in uptown Charlotte in almost 10 years. It will be a 28-story building next to Hyatt Place and the Skye Condo building, called ‘1 Brevard’.

Uptown Charlotte has seen a few new apartment projects take off in recent years, but no one has dared build any new condos after the 51-story Vue tower was converted to apartments when they failed to sell.

The new 1 Brevard high-rise will feature ground-floor retail fronting Brevard Street and a section of Fourth Street, amenity decks on the building’s seventh story and rooftop, and several other luxury features.

If you’re interest in buying a condo in Uptown Charlotte you can browse the top real estate agents here.