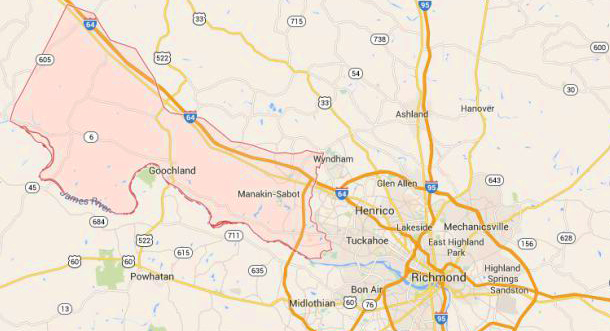 An earthquake hit our region last night just outside of the state capitol. The U.S. Geological Survey just confirmed that the earthquake hit about 24 miles west of downtown Richmond

The official time for the epicenter of the quake was around 3:50 a.m., according to the USGA website. It had a peak magnitude of 2.5, and was centered near Goochland, VA.

Goochland County Sheriff James Agnew has still yet to assess how much damage was seen throughout the region.

Did you feel it?