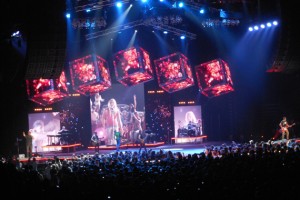 Country megastars Rascal Flatts, Scotty McCreery of American Idol fame, and Ashley Monroe have selected Virginia Beach to headline their national tour, and have decided to thank the city of Virginia Beach by offering all residents 50% off tickets.

The discounted tickets are being offered through Groupon during a limited 3 day window. After March 3rd, the concert tickets will return to their normal levels.

Rascal Flatts has quickly risen to the highest levels of music fame in America. Their studio albums have accounted for 26 singles, all of which charted Top 20 or higher on the Billboard Hot Country Songs chart, including 12 which reached No. 1. Their longest-lasting No. 1 single, a cover of Marcus Hummon’s “Bless the Broken Road”, spent five weeks in that position in 2005. In 2005–06, “What Hurts The Most” was No. 1 on both the country and adult contemporary charts, and peaked at No. 6 on the Billboard Hot 100.

Please share with any other Rascal Flats fans you know;

Forex CRM: Get the Most Out of Your Tools