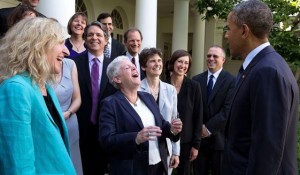 A new device being developed by the University of Tulsa, and funded by the EPA (via a federal grant) may soon fine hotel guests for using too much water. The device will monitor water usage for each room, with the data  being sent to both the guest’s phone and the EPA

The EPA claims that the device would “assist hotel guest in modifying their behavior to help conserve water.”

However, current Senate Republicans are now saying that they have uncovered troubling evidence of a complex money channel allowing billionaires to funnel money into the creation of this and other such regulating devices. Once the fees for over-usage are assessed, the investors will receive a portion of those fees as “ROI”.

A report by the minority staff of the Senate Committee on Environment and Public Works contends that left-wing environmental groups and nonprofits are exploiting loopholes in nonprofit fiscal sponsorship regulations.

According to the report, billionaire environmentalists funnel large amounts of money to environmental groups to lobby on behalf of the Environmental Protection Agency.

In exchange for their lobbying efforts, the groups receive generous tax write-offs and federal grants and funding. The money is channeled through a complex, multilayered web of organizations, with little to no disclosure, making it almost impossible to track, according to the report.

What do you think about the new potential regulation devices?