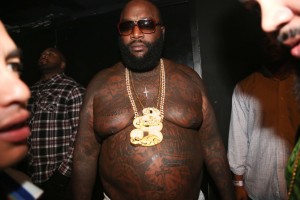 The North Carolina state court has issued an order for his arrest because of a failure to appear citation on a misdemeanor marijuana charge. A Greensboro Police Department spokesperson said the initial charge happened at a previous Super Jam concert.

Rick Ross was taken to the magistrate’s office where he paid a $1,000 bond, then released from the Greensboro court.

His next court date has not been released, but he seems to have no intentions of coming back to appear for it.